The Canadian Rockies are home to some big rock climbs. While many know about the popular single-pitch crag routes at Grassi Lakes, Cougar Canyon, Heart Creek and Acephale, few know about some longer well-protected classic 5.11 lines. The following is a list of worthy routes for any 5.11 adventure climber.

Out of the Silent Planet is a four-pitch 5.11b bolted route in the CMC Valley behind Yamnuska. The CMC Valley was once a hub of climbing activity in the 1970s, but popularity has waned over the decades. Despite being close to the car and having splitter limestone, few travel to the area. Nearly a decade old, it was established by Tom Gruber and Jeff Relph in June of 2007 and likely has less than half-a-dozen ascents. It’s found on the wall left of the Ripple Wall, home of the famous Maker 5.10bR, and climbs a steep face left of the Pillar of Isengaurd. Easy to say this line is off-piste and more climbers should get after it. More info here.

Tall Storey was established by Chris Perry and his son Ian in 2009. The seven-pitch 5.11c is the best multi-pitch sport route at the grade in the Bow Valley, if not the Rockies. It goes up a big wall on the right of a large bowl in Echo Canyon. It was once the only route up the face dubbed Elevator Wall, but more have been added and none have bested it for quality and quantity. The first two 30-metre pitches are the 5.11c cruxes and the climbing remains steady around 5.11- to the top. Watch the video below by Sonnie Trotter. One of the most well-travelled routes like it in the Rockies. Pitch breakdown here.

Spectacular Megafauna is a six-pitch 5.11+ all-bolted route up the northeast face of Mount Edith near Banff. It was established as a solo project by the late Dave Thomson and has become a must-climb multi-pitch test-piece for local and visiting climbers. Every pitch delivers tenuous slab climbing problems with few rests. The pitches are long and most require up to 18 quickdraws. The fine print reads, “Climbing is technical, route grades are a joke.” One of the many great routes established by Thomson during his extensive climbing life. While it is well-travelled for a route of this nature, it’s rare to find more than one party on it. For more info see here.

Good Intentions, Bad Habits is a little-known 350-metre 5.11a sport route near Jasper. The eight-pitch is similar to Spectacular Megafauna, but not as technical. It climbs up the steep wall on Ashlar Ridge, a popular place for older traditional routes. Established and climbed by S. Cameron and D. Diduck in 1997, all pitches clock in around 5.10+ except for the crux 5.11 seventh-pitch up a big arch. It’s considered, by those who’ve climbed it, as the best long sport route at the grade in the Rockies. A locals’ favourite and thanks to Francois Laplante’s new Jasper area guidebook, more climbers are ticking this one. For more info see here.

Windmills of the Mind is a 300-metre 5.11b that climbs a big chunk of limestone in seven pitches. First climbed by Andy Genereux and Joe Josephson in 1995, it has become a test-piece climb in the Ghost River Valley near Calgary. Established ground-up by Genereux, he used his bold bolting technique that he has become known for. He climbed up the Grey Ghost Wall not knowing if it was possible, bolted on lead where the run-outs between gear were too long. With no hooks or aid climbing gear to help with bolting, Genereux’s impressive lead peaked while drilling the protection bolt on the crux 5.11 pitch. Think about balancing yourself to drill a bolt on the crux next time you’re up there. This route is somewhat well-travelled, but don’t worry about a lineup.

From Japser to the Ghost to the Bow Valley, these are all worthy of a day to the mountains 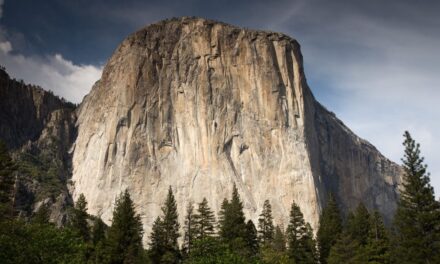 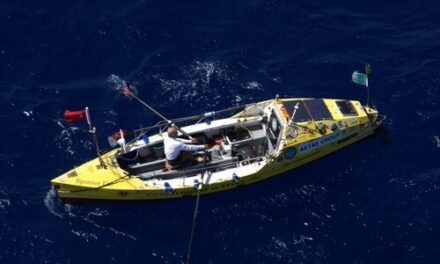