Crypt From Time of Ramses II Found in Israel

September 20, 2022Sam AndersonArchaeology | News | Science
Ramses II ruled as Pharaoh of Egypt during the ancient kingdom’s Nineteenth Dynasty, about 3,300 years ago.And ever since then, one burial cave on the southern Israeli coast had remained untouched — filled with late Bronze Age artifacts.Local news source Haaretz reported that a tractor revealed it by removing a rock during the construction of a new park in the area. The outlet said an individual named Dror Czitron, an inspector for the Nature and Parks Authority, thus became the first person to look inside since it was first sealed.

Eli Yannai, an expert on the Bronze Age, confirmed that nobody had robbed the grave. Ironically, his assessment wouldn’t be accurate for long. A modern thief apparently made off with some items between now and its discovery.

Still, what remains amounts to a substantial discovery. And speculation over the nature and lifestyles of the people who used it abounds. Inside the burial chamber

Multiple bodies inside displayed different burial positions and even appeared to have been moved, Yannai said, which could indicate that people used the cave throughout generations.

Archaeologists also found intact pottery and bronze vessels, amphorae and bowls of various types, cooking vessels, and oil lamps. The tomb also contained weaponry, including bronze spear tips and arrowheads, though those implements “did not survive the trauma of time,” Haaretz said. Substances inside some of the vessels likely hailed from Tyre, Sidon and other ports in Lebanon, the outlet said. The find helps open a window into living conditions, burial, and commerce in the area at the time, Yannai said.

“It’s the find of a lifetime. It’s like a set from ‘Indiana Jones’ – a cave with vessels on the floor that haven’t been touched for 3,300 years. The period is Late Bronze Age – exactly the time of the notorious pharaoh, Ramesses II,” Yannai said. “The cave provides a full picture of burial traditions in the Late Bronze Age.”

The Israel Antiquities Authority thinks that this particular crypt displays family or clan traditions of people living locally on the coast, Haaretz said. Based on its contents, it’s plausible that they had a brisk trading relationship with Cyprus, Lebanon, and Syria. That would track with the reputation of growth Egypt achieved under Ramses II. The famously long-lived ruler’s military acumen allowed the kingdom to secure its borders and expand while gaining trade control in the Mediterranean Sea.

Because the chamber lies slightly off the beaten path, the IAA thinks it’s possible that its builders and subsequent users were pirates.

For now, most knowledge about the crypt remains conjectural. But ongoing research may shed more light on Mediterranean conditions in the late Bronze Age. 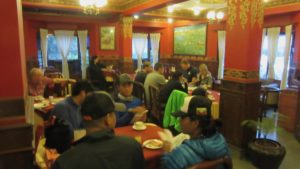 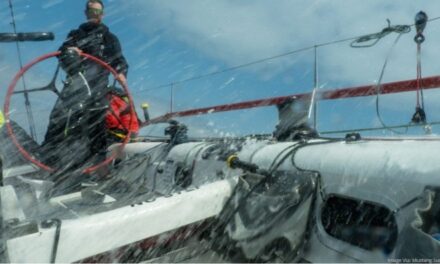 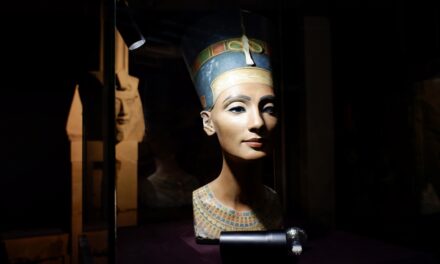