September 20, 2022Angela Benavides8000ers | Alpine style | Manaslu
Instead of joining the crowds on the normal northeast route, Helias Millerioux, Charles Dubouloz, and Symon Welfringer have come in the rain to the mountain’s wild west side. They reached Base Camp on the Changli Glacier at 4,200m today.

“We have very little information [on the side we want to climb]. It could end up being impossible or too dangerous for us,” Millerioux wrote on social media. 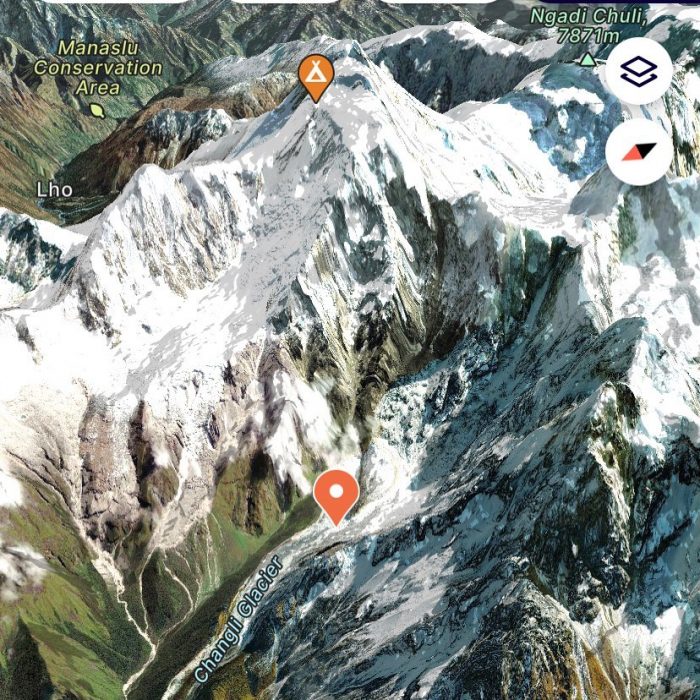 The French team’s Base Camp location on Google Maps, as indicated by Millerioux.

At Base Camp, a gigantic mountain face looms in front of them. They will wait for better weather before getting closer and studying the face. Then they will decide the best route to the top of the rocky pillar that runs from the base of the mountain to 7,100m. 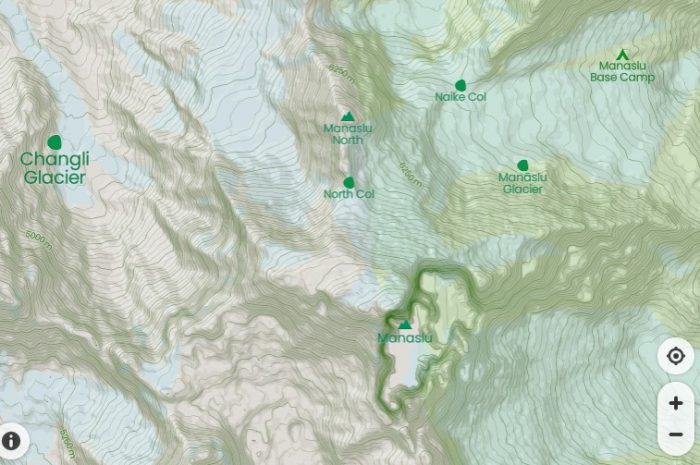 ‘Only dead fish go with the flow’

Millerioux was surprised that their expedition is considered “offstream” simply because they chose an exploratory, alpine-style approach. As Millerioux said,the  alpine style is the logical way to climb a mountain. “Only dead fish go with the flow,” the 2018 Piolet d”or winner wisecracked. 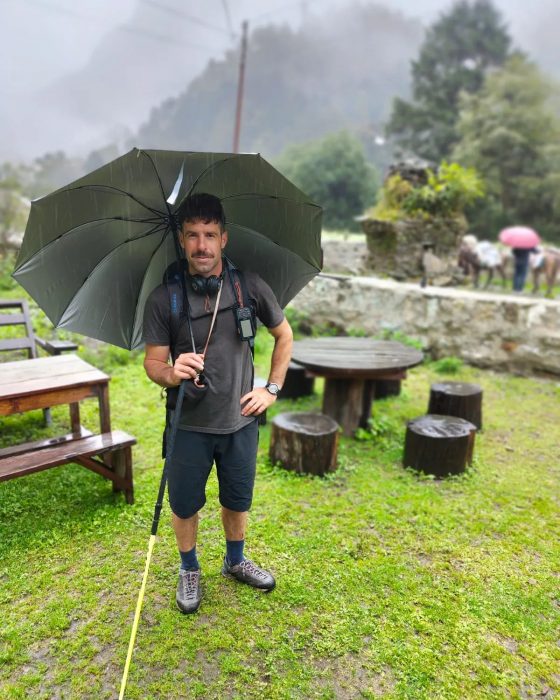 They have not revealed the exact line that they intend to climb, but few dare Manaslu’s west side because of its difficulty and inaccessibility. 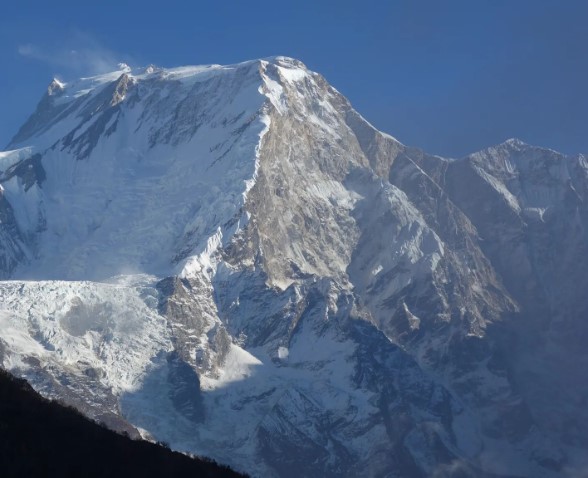 The first route up that side (after the Japanese succeeded on the Northwest Spur in 1971) was opened by Pierre Beghin and Bernard Muller of France in 1981. Their expedition was pure adventure, from the approach across the Mudh Khola Valley to the climb itself. Uncertainty and danger marked every leg of the experience. Read Behgin’s report on the Himalayan Club website.

Helias’s team is just posting short updates; details will have to wait. 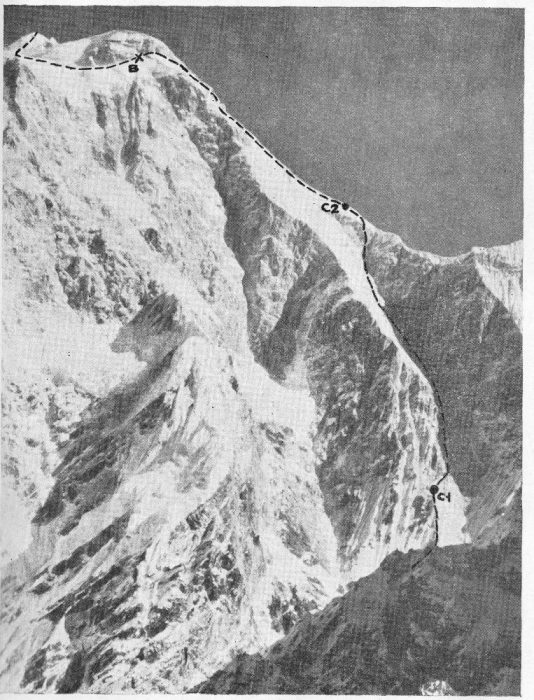 The 1981 French route up Manaslu’s west side. Photo: Himalayan Club.org 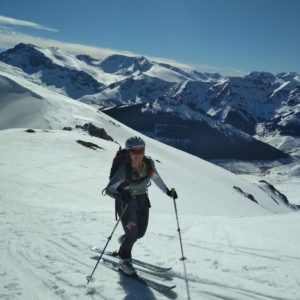