Adam Rawski, 31, from Burnaby, B.C., fell during a descent on Denali on Monday evening. He fell around 100 metres at 6 p.m. and is in critical condition. He was not roped up.

Denali National Park and Preserve officials said Tuesday, that climbers at the high camp on the West Buttress saw a mountaineer “take an almost 1,000-foot tumbling fall from Denali Pass. He was heading down with three other climbers when he fell.

Maureen Gualtieri, a spokeswoman for Denali National Park, said, “Typically, falls that occur on the descent are often due to fatigue, and that would likely be the major contributing factor last night. It did not seem to be weather. That terrain this time of year sounds typical for an early season upper mountain — not a lot of snow and what’s up there is very hard packed. So it’s not difficult to lose one’s footing, and then hard to recover or stop the fall.”

Several guides at the high camp who saw Rawski fall headed toward him. He “was alive but unresponsive due to multiple traumatic injuries,” park officials said.

Denali National Park’s high-altitude helicopter was conducting glacier monitoring surveys at the Kahiltna Glacier base camp on the mountain at the time of the accident. Pilot Andy Hermansky flew to a camp to pick up ranger Chris Erickson, according to park officials, and they arrived in the area where Rawski fell less than 30 minutes after the call for help.

Erickson and another guide loaded Rawski into the helicopter, and he was brought to Talkeetna. Matanuska-Susitna Borough paramedics provided immediate care until a LifeMed helicopter took Rawski to an Anchorage.

Gualtieri called the response remarkable and said it would have taken crews much longer to rescue Rawski had the helicopter and mountaineering ranger not already been on the mountain.

“I think all the pieces came together well to get him to advanced medical care as soon as possible, thereby bettering his chances of a successful recovery, which is what we’re hoping for now,” she said.

Rawski left to climb the popular West Buttress on May 10 with one partner. Rawksi had mountaineering experience on the South Coast and in the Lower 48 states.

Two other climbers have died in Denali National Park in May. A 28-year-old ski mountaineer from Colorado died May 3 when he fell into a glacier crevasse on a spur of Eldridge Glacier (read more here), and a 32-year-old climber from Idaho died May 13 in a serac fall (read more here).

The climber took a big tumble, but luckily a helicopter and guides were in the area to rescue him 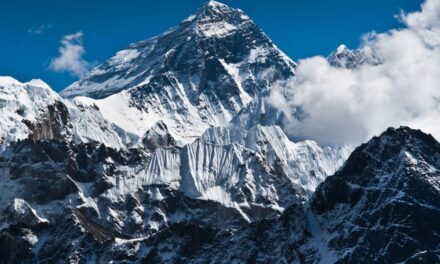