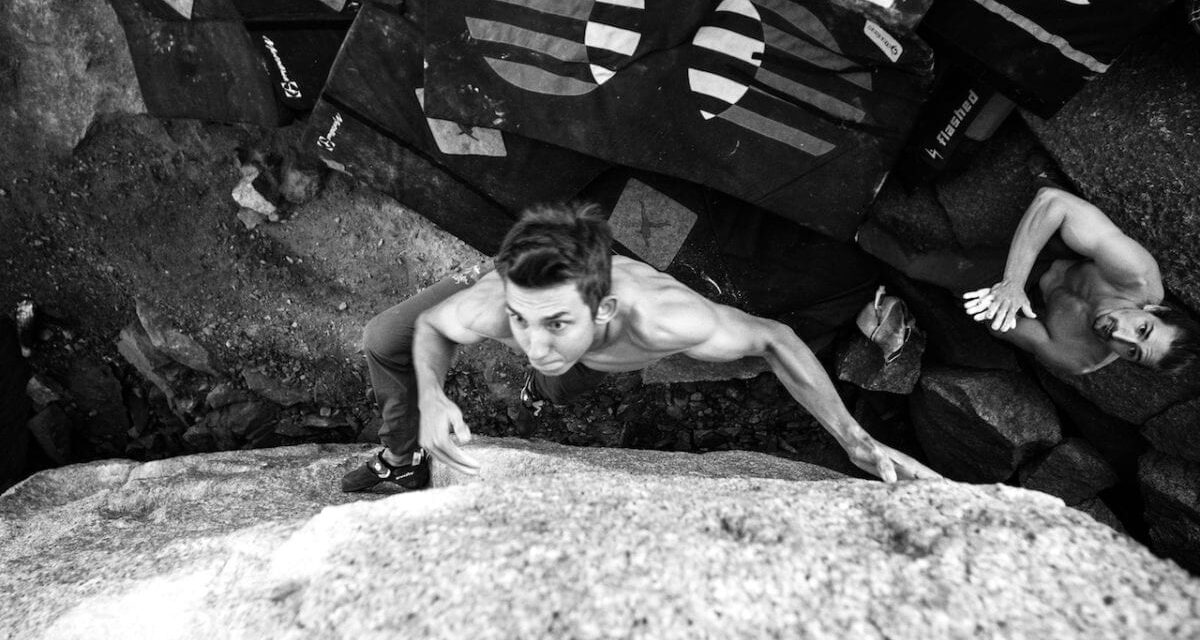 To capture motion in a moment takes more than a camera. The mobile discipline of outdoor rock climbing requires an attention to detail without an addiction to description. Climbing occurs in the present. Sometimes the light cannot be changed to suit the shot.

It can start in childhood. One 11-year-old, Gabriel Shubat would find his father unpacking a brand-new camera at his childhood home. Quickly adopting the technology for his own, the young photographer would not describe himself by those terms. Instead, he was a child with a love for cameras and outdoor adventures.

As he became older, his attraction to cameras would manifest into an appreciation for cinematography. Between the various directions that life pulls an adolescent, Shubat would mature and work at the True North Climbing Gym while attending Ryerson University for cinematography. For those unfamiliar with the nature of film, the threshold for success is elusive. A person does not simply make it big.

Canadian cinema requires dedication, competition and agency. Shubat has worked in these capacities both in school and  freelancing on larger productions. How did he end up shooting climbing photos?

Like many who begin with the sport, Shubat was enthralled. After beginning work at True North, he would sample indoor climbing shoots, providing a setter spotlight on Ontario’s Alex Kuusela. He would also enter the world of outdoor rock climbing through the Niagara Glen.

By friendships and shared passions, Shubat would create a Squamish Bouldering Film with Ethan Salvo, Jakob Elliot and Cameron Gibbs. The four would spend a few weeks in Canada’s premier bouldering destination. Although intended to mostly film, he found that the images he took lent themselves toward emotive profiles of his subjects.

By the end of their trip, he had compiled a series unlike anything he had shot before. Shubat noted how different the discipline disported from cinematography. As a cinematographer, Shubat became used to managing all the littler details of his image. Bouldering does not allow for such modification. A person must allow the image to occur.

Although he notes that the conditions of the image are less up to the photographer, his experience in cinematography has allowed him to curate stories through frames. “For me, the best part is composing an image in a framework and telling a story through that framework. Climbing photography is my favourite because you are given the light naturally, and you have to do with your skills and make a stimulating and dynamic photograph with what you’re given. It’s a challenge in itself.”

Shubat’s approach to photography begins with the image. Although editing features prominently in both his and many other photographers’ works, Shubat does not believe it has to. “For me, the most import thing is the image itself. If it speaks for itself, I find that it doesn’t need editing. Even though I love to edit my photos, editing is just that extra little touch of yourself that you can put into your image.”

It is for this reason that Shubat’s audience will note how emotive his subjects can be. Many of his best climbing photos come more from the profiles he captures between attempts than on the attempt itself. Shubat noted that he views his life in images, and perhaps this reason begets the cinematic description of his subjects on the wall.

Although this summer remains difficult to discern for the young photographer, Shubat’s stirring shots will surely persist into this year’s busy climbing season.