A passion for the natural world drives many of our adventures. And when we’re not outside, we love delving into discoveries about the places we live and travel. Here are some of the best natural history links we’ve found this week.

Declining caribou populations in Labrador: In the 1980s, the George River caribou herd was the largest in the world, with three-quarters of a million animals. Between the 1990s and 2010s, the population dropped by 99%. Though communities in the area were used to fluctuations in caribou numbers, they could not fathom the dramatic loss.

To preserve the remaining caribou, the government introduced a hunting ban that has now been in place for a decade. Yet the ban is hard on the Inuit and Innu people in Labrador, who have relied on the caribou for millennia. Caribou are not only food, they are part of the culture, a link between people and the land.

“We’re going to lose who we are as a culture and as a people,” said one person from Makkovik. Said another: “We’re losing language. We’re losing traditional ways and the loss of cultural food is just as important as language, as craft and art.”

The origin of eels: Every year, American and European eels migrate to the Sargasso Sea. Scientists follow them to discover more about these elusive species.

Ancient Egyptians believed that eels didn’t have genitals. It took until the 1890s to discover a mature male eel. Their gonads do not develop until they are between seven and 25 years old. Scientists have still not seen eels mate in the wild and are unsure how they find their way while migrating.

This lack of knowledge, along with a declining population, is starting to panic researchers. They have no idea if the current population, an estimated 60% below historical records, is enough to recover the population. They have suggested banning eel fishing. Most of Cystisoma’s head is taken up by its eyes. Photo: KJ Osborn/Smithsonian

Big eyes in the deep sea

The crustacean with eyes for a head: Deep in the ocean’s twilight zone, scientists have found shrimp-like crustaceans with eyes as big as their heads.

Cystisoma live between 200m and 900m below the surface, where light is hard to come by. Big eyes allow the animal to detect the faintest glimmers of light.

However, big eyes can make animals a target; pupils have dark, photon-absorbing pigments that are visible to predators. These clever crustaceans have found a way to combat this. The pigmented part of the eye is broken into tiny spots on a thin sheet. Other than their eyes, the transparent crustaceans are almost invisible.

Unearthing a Mayan civilization: Three years ago, on a cattle ranch in Mexico, archaeologists found the remains of stone stelae, cooking tools, and a middle-aged woman. Researchers believe that they have discovered the capital of Sak T’zi, a Mayan kingdom from 2,500 years ago.

“The discarded carcasses of looted monuments at this site match some of those previously attached to Sak Tz’i’,” Simon Martin, the curator of the Penn Museum, explained.

The pandemic halted excavations, but this year, the team has returned. So far, they have found remains across 40 hectares of land. There are hundreds of rocks and the remains of platforms that once formed an acropolis. Satellite images show a reef in the middle of a desert. Image: Curtin University

The Digital Elevation Measurement mission (TanDEM-X) renders 3D mappings of the Earth’s surface. In the Nullarbor Plain in southern Australia, you can see a defined circular formation that resembles a bullseye. It is likely the remains of an ancient reef.

The plain emerged from the sea 14 million years ago. Below much of the area, there is a layer of limestone that was once a large seagrass meadow.

The team initially thought that the unusual shape was the location of a meteor strike, but it does not have any chemical indicators to support this.

Oldest heart found: Researchers have found the oldest known heart in western Australia. The fossilized organ is from a jawed fish that lived between 359 and 419 million years ago.

Scientists found the perfectly preserved heart alongside fossilized intestines, a liver, and a stomach. The new fossil could help us understand how humans and other animals evolved.

“I was amazed to find a beautifully preserved heart in a 380-million-year-old ancestor,” paleontologist Trina Justic said. “We were especially surprised to learn that they were not so different from us.” 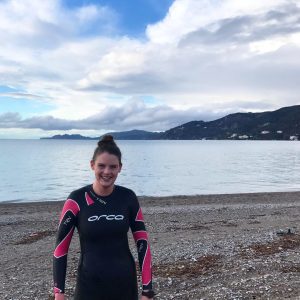 Rebecca McPhee is a freelance writer for ExplorersWeb.

Rebecca has been writing about open water sports, adventure travel, and marine science for three years. Prior to that, Rebecca worked as an Editorial Assistant at Taylor and Francis, and a Wildlife Officer for ORCA.

Based in the UK Rebecca is a science teacher and volunteers for a number of marine charities. She enjoys open water swimming, hiking, diving, and traveling. 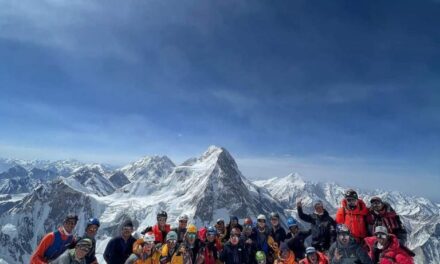